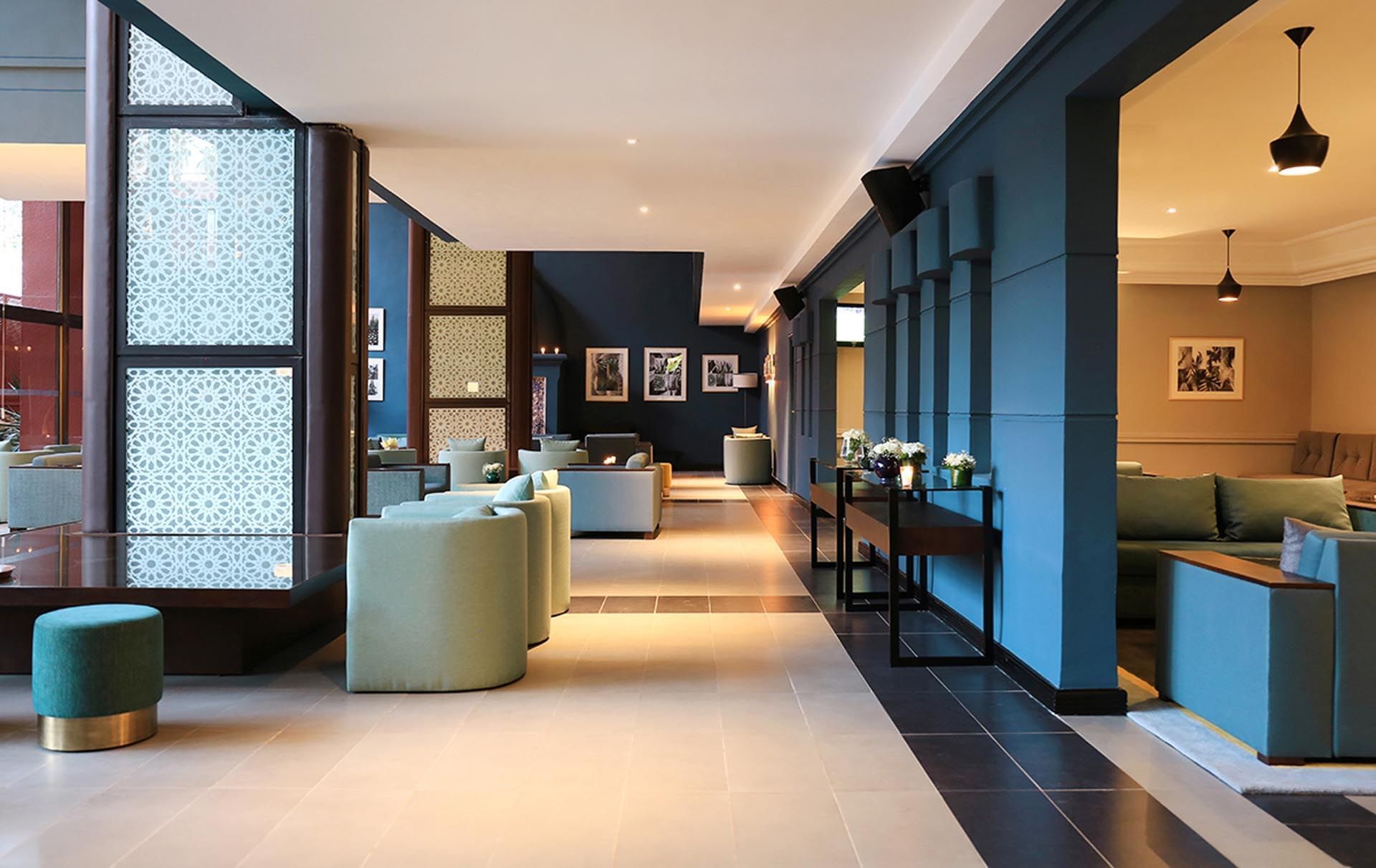 The Guelz District in Marrakech, Morocco is one of the most stylish neighborhoods in the city. Modern and trendy, the Gueliz district provides an entirely new perspective on Marrakech life

The Menara gardens are botanical gardens located to the west of Marrakech, Morocco, near the Atlas Mountains. They were established in the 12th century by the Almohad Caliphate ruler Abd al-Mu'min. The name menara derives from the pavilion with its small green pyramid-shaped roof, meaning lighthouse.

Jamaa el Fna is a square and market place in Marrakesh's medina quarter (old city). This is the main square of Marrakesh, used by locals and tourists. At all hours of the day there is something to take in: orange juice stalls, water sellers in colourful costumes, snake charmers, dancing-boys, magicians, and dozens of food-stalls.

The Bahia Palace is a palace and a set of gardens located in Marrakesh, Morocco. It was built in the late 19th century, intended to be the greatest palace of its time. The name means "brilliance".

The Royal Golf of Marrakech is one of the most ancient golf courses of the Kingdom, inaugurated in 1927 with four holes by the Pasha of Marrakesh, Hadj Thami El Glaoui Mezouar 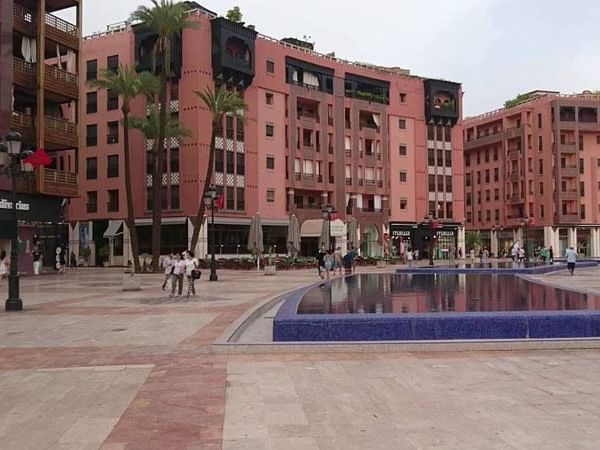 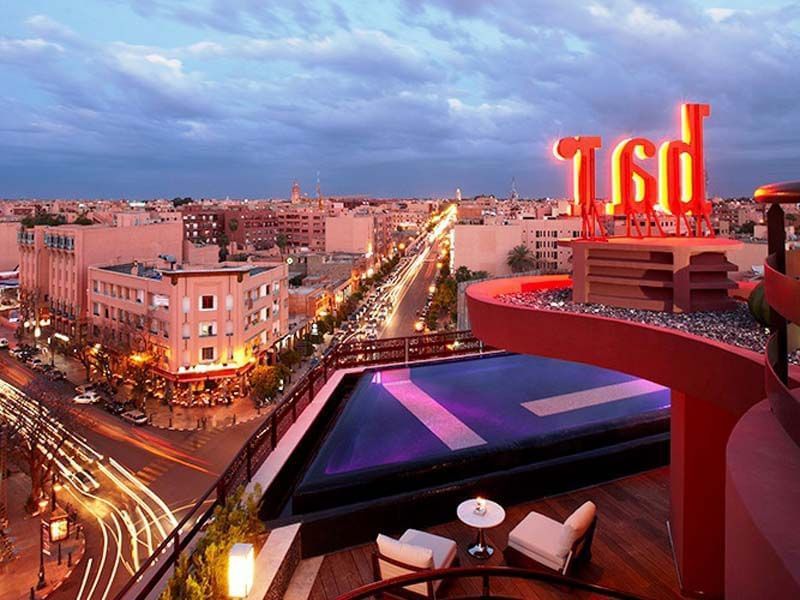 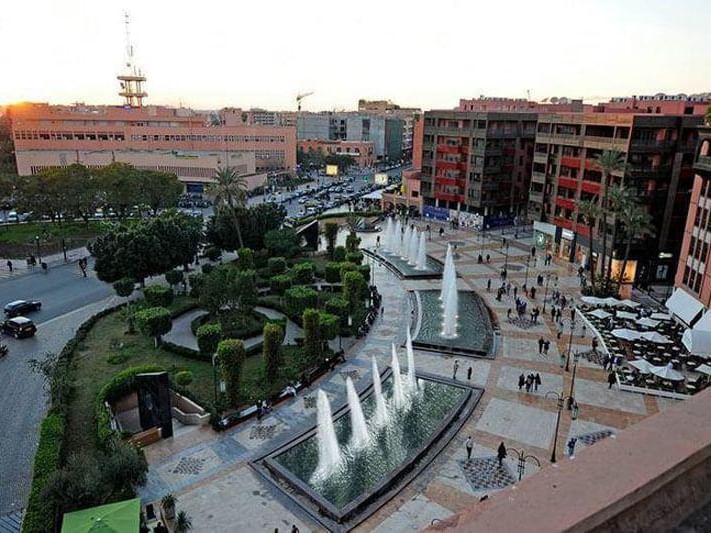 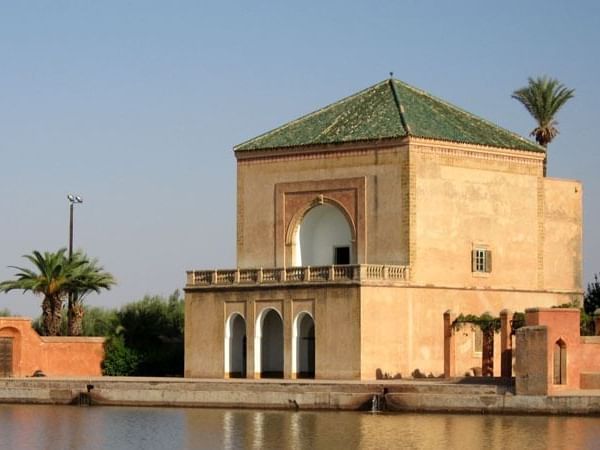 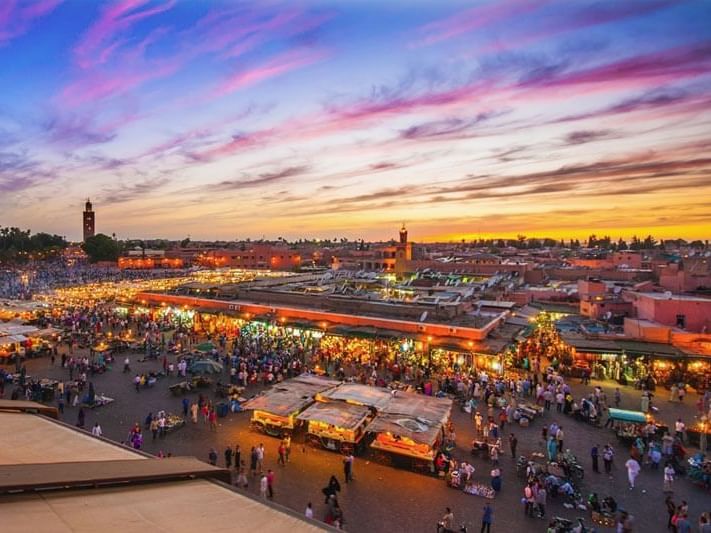 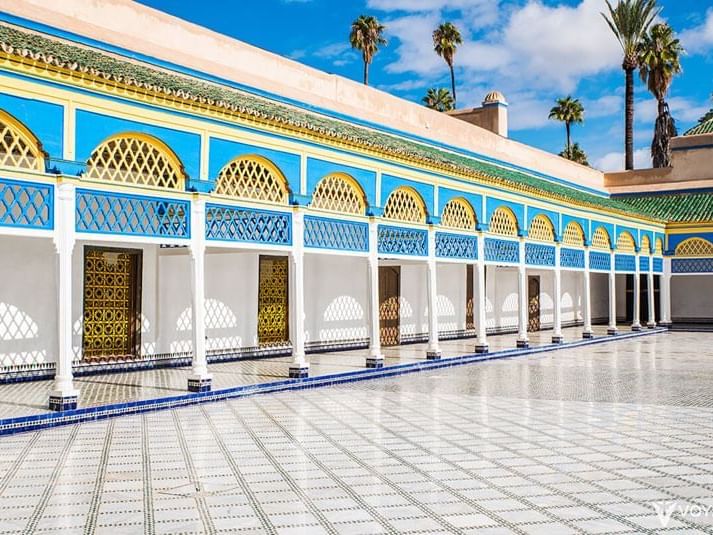